Evesham is the principal market gardening town for the Vale of Evesham, watered by the River Avon and protected by the Malvern and Cotswold Hills. The Vale is particularly famous for its asparagus, apples, plums and associated blossom trails.

Evesham was founded in a loop of the River Avon following an experience of a swineherd named Eoves in the year AD701. Whilst he was recovering a stray pig for the Bishop of Worcester, his employer, Eoves is said to have seen a vision of the Virgin Mary, which he reported to Egwin (the Bishop of Worcester). To honour the site, Evesham Abbey was built.

The Battle of Evesham took place in 1265 where Simon de Montfort (the father of Parliament) was killed when King Henry III defeated his army. A memorial to Simon de Montfort can be found in the Abbey Park, which stands in the shadow of the Bell Tower. Evesham town is unusual in that two churches and a bell tower can be found in the Parish churchyard. This is all that now remains from the great abbey that perished at the dissolution of the monasteries during the reign of Henry VIII.

From the town’s churchyard a winding pathway leads along the ancient remains of the Abbey down to the foot of the hill where Evesham Rowing Club can be found. The Clubhouse stands between the town’s park on one side and the Crown Meadow on the other. A riverside pathway that runs past the Rowing Club boasts a magnificent avenue of protected trees.

Evesham Boat Club was formally established in the summer of 1863, with sixteen active oarsmen and eight non-rowing members. Edward Charles Rudge, the Squire of Evesham, was elected President, and became a lifetime benefactor of the Club. The members included three Reverend gentlemen who took their due place in mid-Victorian Society and in Rowing in particular.

The boats and equipment were housed in timber boathouses leased from mine-host at “The Fleece Inn” on the banks of the River Avon and the sport was strictly for “gentlemen” under the rules of the Amateur Rowing Association. The Club grew steadily and was around the thirty-third Provincial Rowing Club to be formed, with local rivals at Tewkesbury, Gloucester and Hereford having been founded several years beforehand and many others that followed.

The first Regatta was held in 1864 and was contested between the Clubs from Evesham and Tewkesbury. Transport was developing and the extended railway system gave scope for the movement of boats and oarsmen, transforming the genteel sport to one of fierce competition, using heavy boats rowed over long courses, with fixed seats and rowlocks.

The Club was re-named Evesham Rowing Club (ERC) in the early years. The records of 1879 show the Club colours as being Royal Blue and White but in the decade that followed, this became the Dark Blue and White that is the pride of the Club today.

The Club remained in its timber boathouses, one of which was of the floating variety until it perished in a flood. In 1892/3 the Squire and Club President made a plot on the riverside available to the Club and members took out a Mortgage and built a brick structure with a slated roof. This remains as the Boathouse to this day, extended firstly in 1908 to provide the amenities for members that were lacking for the first thirty years.

A changing room, toilets and a small Club Room were added to the basic boathouse accommodation and the Ladies were invited to participate. There had been ladies rowing for the Club in what we would consider “pleasure boats” in the 1880’s and 1890’s but the new extension of 1908 gave impetus to the “family” being part of the Club.

In 1920, following the end of World War One, the most successful Club four was formed.

This elite crew became known as the “Invincibles” and competed and won at each and every of the thirteen regattas they entered, being unchallenged in Provincial Rowing.

Not long after an additional piece of land, owned by the Rudge Estate, was leased to the Club and enabled Tennis grass courts to be created for all members, but predominantly for the entertainment of the rower’s wives. It wasn’t until the 1950s that the Club’s first hard courts were built.

In 1972 the Executive Committee extended the Clubhouse once more to incorporate 2 squash courts, adding a third court later in 1976.

1994 was another important date for Evesham Rowing Club when the then current Olympic Champions plain Steven Redgrave and Matthew Pinsent entered our annual Head of the River race. Needless to say they won easily and still hold the ‘Avon Trophy’ for the fastest time ever recorded.

The Club was progressing nicely until hit by the Easter 1998 floods. The three squash courts were ruined and had to be renewed along with the massive clear up. The cost of this was covered by insurance, but following devastating floods along the East coast in 2003, the insurance was rescinded and further cover was not possible from any company.

The next major improvement to the Club took place in 2005 and 2006, aided greatly by a Sport England Lottery Grant and further aid from Wychavon District Council. The four grass tennis courts were replaced by three floodlit acrylic courts. The Clubhouse was extended greatly to move the changing facilities upstairs and disabled access was made available with ramps and a lift. The re-opening ceremony was carried out by Alistair McGowan, Sir Matthew Pinsent and Zac Purchase who had spent his early years being coached as a Club member.

Disaster struck barely 10 months after this ceremony when on 20th July 2007 heavy rain caused the worst ever flood seen in Evesham.

The river rose to 17 feet 10 inches above normal and ended up some 5 feet deep on the upper ground floor area, including the squash courts. The Club membership responded magnificently both in the immediate aftermath clear-up and then over the coming months by helping the fund-raising effort. A total of nearly £63,000 was raised by their help with great assistance from many other organisations. It was nearly 12 months before the Club was back to nearly normal operation. 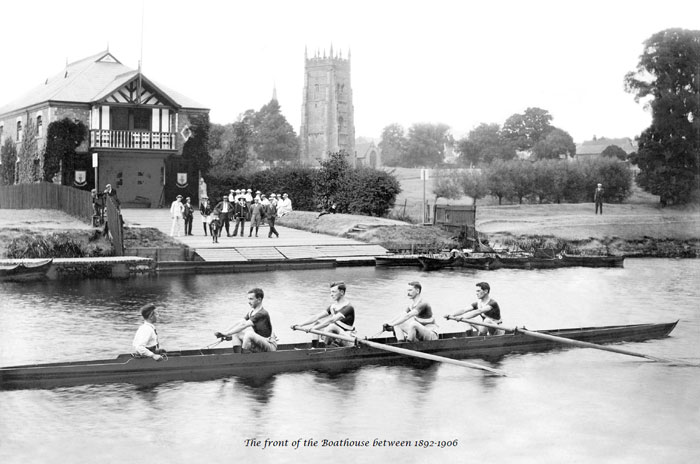 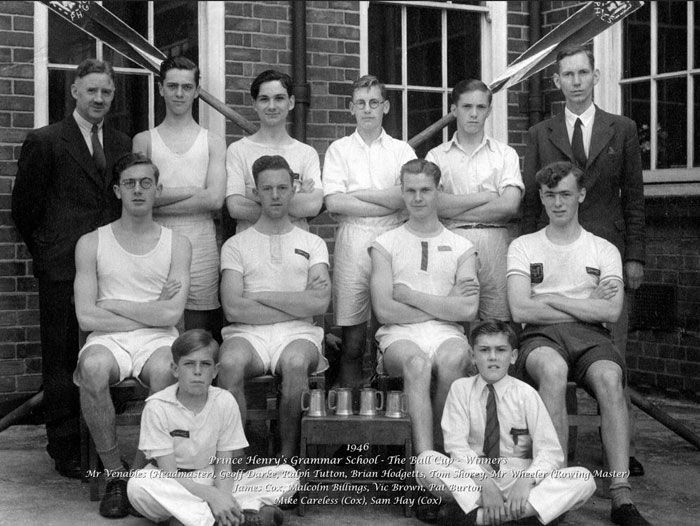 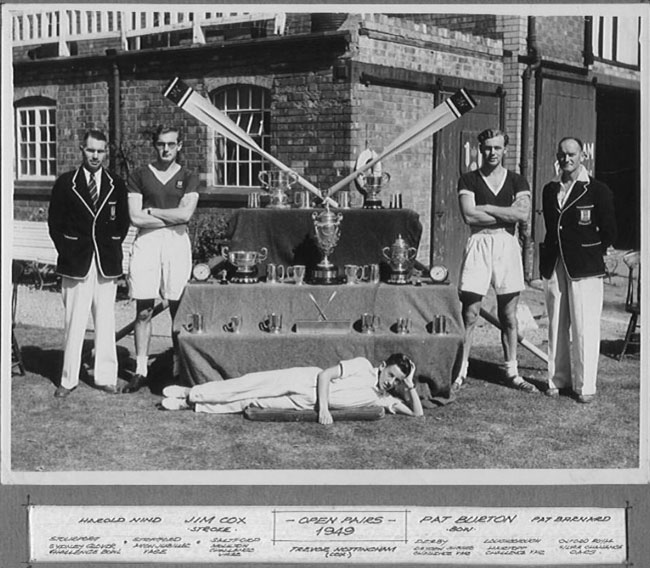